Born 1945 in Trieste, in the north-eastern part of Italy, Virgilio Forchiassin attended the 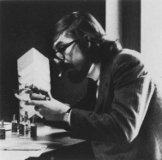 "E. Nordio" College of Art, attaining a specialization in "Art of the Metals".
Achieved school-leaving certificate in 1966.

In 1964, when still a student, he was awarded by IBESTA with "Best Design for Cutlery Set". Choosen between 42 professional designers amongst a total of hundreds of participants, thanks to its innovative design, the project have been rewarded by several international exhibition since then, including Sheffield (Great Britain - Cutlery International Exhibition).

The success of the design has put "E. Nordio" college in direct competition with the "Royal College of Art" of London, the Krefeld's "College of Art" and several other distinguished art colleges.

The following IBESTA competition (1966) awarded again Forchiassin for the design

of “Model 65”, another awarding-winning cutlery set. "Model 65" was  exposed all over Europe since then (Cologne / Werkkunstschule in Wuppertal from April 16th to May 1966 / Munich - where Virgilio received an additional award and praise for his work / Nederlands Goud-Zilvermuseum Annex Klokkenmuseum in Utrecht from June to September of 1966).

In 1962-1966 span time, the author's name was included in a list of 74 international designers selected by IBETSA, and appeared amongst other famous designers (including Tapio Wirkkala, Ilmari Tapiovaara, Arne Jacobsen, Friedrich Swodoba and others). In 1967 he took part at Sheffield's  "International Tableware Design Competition".
His third cutlery set project was mentioned as "...deserving particular praise and worthy of additional exhibition..." and was then exposed, along with few other works picked from an array of 300 designers, at the Selfridges (London, Oxford Street).
In 1967 he sent a lamp design to the "The Yamagiwa International Lighting-Pixture Competition", gaining a praiseworthy note.

From August 1967 to July 1969 he held position as chief of the designer office at "Snaidero Cucine Componibili" . During those years, he designed “Spaziovivo” , an award winning and revolutionary kitchen. "Spaziovivo" was exposed in Milan (1968, VIII Furniture Exhibition), Paris 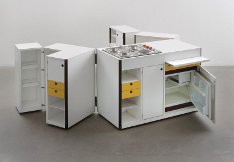 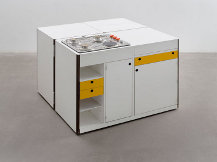 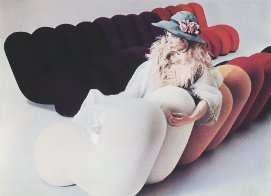 Institute, with jury praise for "...the suggestive elements that prefectly integrate themselves in the enviroinment, recalling an important passage between tradition and new trends...".

In the following years, he was present at several international competitions, including "Riedel 1972 - a glass for the future" (Kufstein, Austria), Maniago (1998), Cantù (1999, "International Home Design Competition"), Maniago Design 2001. 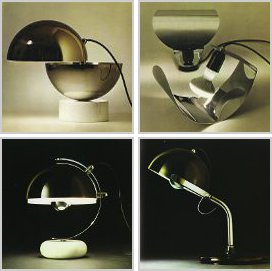 und Frau (and others) featured detailed articles about Forchiassin's works and projects.

In 2000-2005 span time he was engaged with new kitchen design projects.

He is now engaged full-time with a brand new project known as "Alchimie e Lacerazioni". 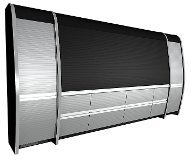 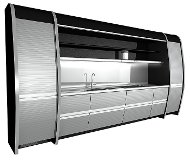